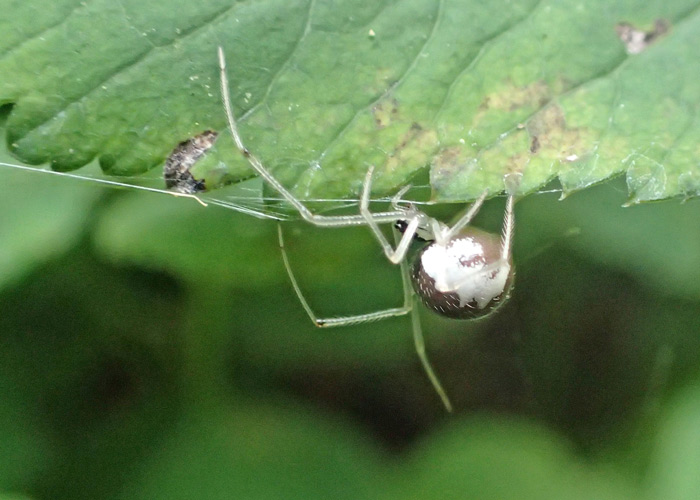 First, a short detour into the world of the non-flowering:

The BugLady’s message to people who are pining for the wildflower season to begin is this: Get thee to a wetland and watch the non-flowering plants. Mosses, especially, are going crazy these days, their green leaflets (the gametophyte part of the plant) bristling with the stalks of sporophytes, topped by variously-shaped spore capsules. They’re happier now than when the canopy above leafs out and casts them into shade. Ground-hugging liverworts are covered by reproductive pits and umbrellas, and any day now, cinnamon ferns will push up through the dead leaves and dried fronds that top the wetland hummocks. It’s beyond life-affirming. 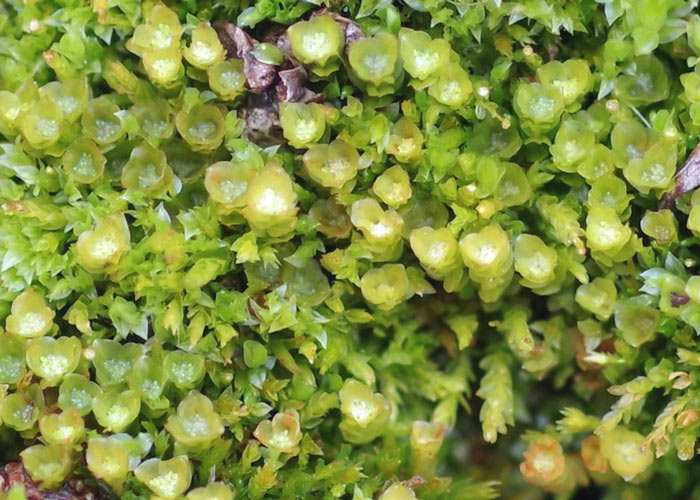 On a recent wetland walk, the BugLady noticed some moss that was growing on a very rotten stump. Stiff leaves at the tips of many of the moss plants had formed a cup-shaped rosette. Turns out that these are called gemmae cups (cups for gemmae), and they’re part of the moss’s reproductive strategy. According to Dr. Jessica Budke, Herbarium Director at the University of Tennessee-Knoxville, “The moss makes little discs of plant tissue inside the cups called gemmae. These gemmae are moved away from the parental plant via a splash-cup dispersal mechanism. It sounds high tech, but really is just using the power of rain. When rain droplets land in the cup the gemmae are dislodged and can be carried in the water as it splatters away from the moss plant. The gemmae may not be dispersed very far, but it is far enough that this structure is advantageous for the plant to have. This is a form of asexual or clonal reproduction. The plant has made a mini copy of itself that can grow into a new moss plant.”

So, gemmae, the little “eggs” in the Easter basket, are like tiny buds that are ready to grow if they land on a favorable substrate when they’re washed from the gemmae/splash cup. Apparently, Four-tooth moss (which this moss probably is) likes to grow in the company of more Four-tooth moss. One researcher found that sparse populations were more likely to use gemmae, which land and grow close to the parent moss, while dense thickets of the moss are more likely to reproduce via spores, which travel through the air away from the clump. This may be a strategy to stabilize their punky substrate. The BugLady also found gemmae cups on some lichens.

Without further ado, the spider. 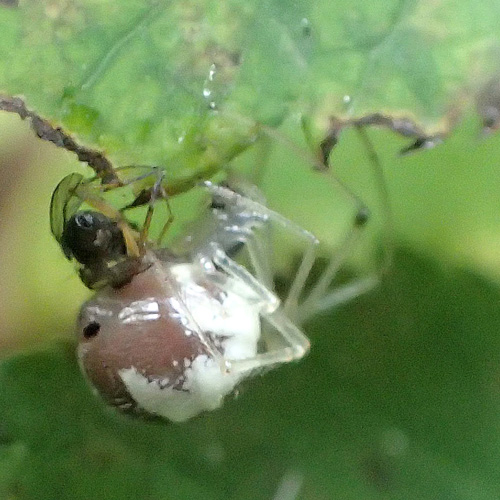 It is, almost certainly Theridion frondeum, the Eastern long-legged cobweb spider (BugFan Mike’s “best guess” is way better than the BugLady’s). It’s a small, dainty spider in the Cobweb spider family Theridiidae. Theridiidae is a large family (maybe 2,500 species globally and 234 in North America) whose numbers include the Common house spider, of former BOTW fame and the notorious Black widow spider.

The BugLady didn’t find a huge amount of info about this particular species, but there’s lots about the family.

Theridiidae are also called Cobweb spiders (because of their web style), and Tangle web spiders and Comb-footed spiders. Comb-footed because most species have a bristly comb near the tip of the rear set of legs that is used to draw silk from the spinnerets and, said one source, to roughen the surface of the silk a bit. Tangle-web because of the creative ways some species deploy sticky silk (remember, not all spider web silk is) (sticky). They’re found in woods, fields, edges and buildings across North America, more in the eastern half than in the west.

As usual with spiders, there’s some variation in color and pattern, and females are larger than males. Click here to read more.

As usual with spiders, courtship is cautious. The BugLady found some tantalizing tidbits about male Theridids using nuptial feeding to show females what a great catch they are. Some family members secrete chemicals from various knobs on their head, and the female imbibes the liquid during courtship (although it’s not actually known what benefit she receives from it). Others are kleptoparasites – stealing prey from the webs of other spiders and presenting it to their prospective mates.

Females place as many as 250 eggs in egg sacs that they stash in sheltered places, like a folded leaf. She stays with the egg sac until her young hatch and disperse. Here are two good picture series: click here and click here.

It’s a big family, and there’s lots of variety in the webs. These are not the tidy, two-dimensional, spiral webs of the orb weavers – these are (mostly) tangled, messy, “cob-webby,” tent-like structures. Lines made of sticky “gumfoot silk” may stretch from leaf to leaf or reach all the way from the web to the ground; when tripped by unlucky (pedestrian) prey, the line releases from the ground, hoisting the prey into the air (picture Wile E. Coyote stepping into a rope trap attached to a sapling). The vibrating line alerts the resident spider that dinner is on the way.

When they catch an invertebrate (and they’re considered good biological controls of agricultural pests), they use the combs on their back legs to pull out a bunch of sticky web to wrap it in; and after their prey is immobilized, they bite and paralyze it (lots of spiders that build trap webs do it the other way around – bite, then wrap). Most spiders don’t use sticky web for this purpose, but the stickiness allows Theridids to take on prey that’s much bigger than they are. When they’re not subduing prey, the spiders hang head-down in their webs or rest in a woven hiding place.

Unique things that some Theridids do:

The BugLady saw a long, fresh strand of spider silk, recently, trailing in the air from its attachment on a twig the other day. Perhaps a newly-hatched spiderling drifted in from parts unknown.

And the road slugs are out and about.