Introducing some insects that, while not totally unsung, still have a pretty low profile. 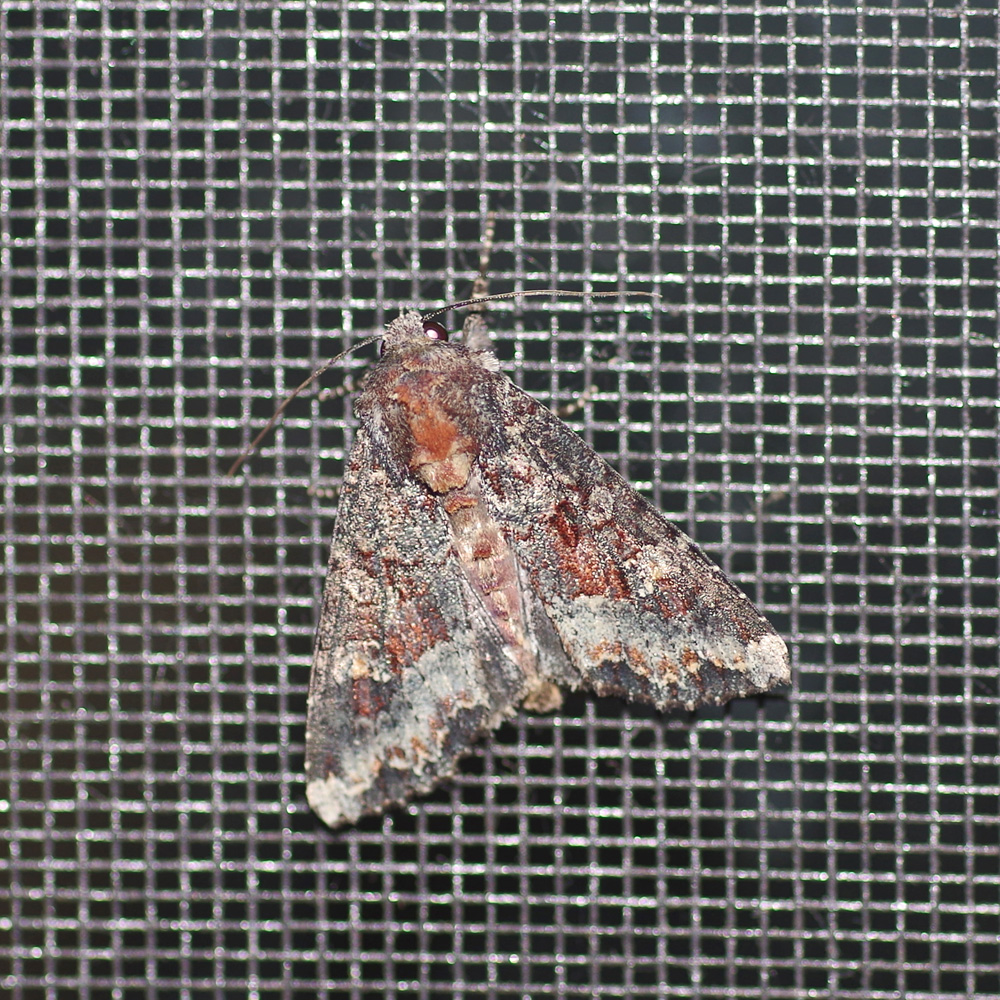 The YELLOW-HEADED CUTWORM (Apamea amputatrix) is a lovely little moth that’s named for its caterpillar, a caterpillar that has, alas, a bad reputation. The name “cutworm” is given to caterpillars in the family Noctuidae, subfamily Noctuinae, many of which are agricultural pests. A Yellow-headed cutworm feeds at the soil surface. Its long list of host plants includes food crops like lettuce, cabbage, wheat, corn, and fruit tree seedlings, and horticultural plantings like grass and roses – a broad menu that allows it to exist across North America (minus the Great Plains and much of the southeastern US), well up into Canada.

And yet. The Yellow-headed cutworm has a healthy-but-not-huge on-line presence, but it’s not the typical collection of Extension bulletins that mark a real agricultural/horticultural scourge. It’s often lumped into accounts of more impactful relatives; apparently, it can do some damage during “epidemic outbreaks,” but the rest of the time, it’s not an important pest.

Check out these images of how adults vary in color; here is an example of a caterpillar. 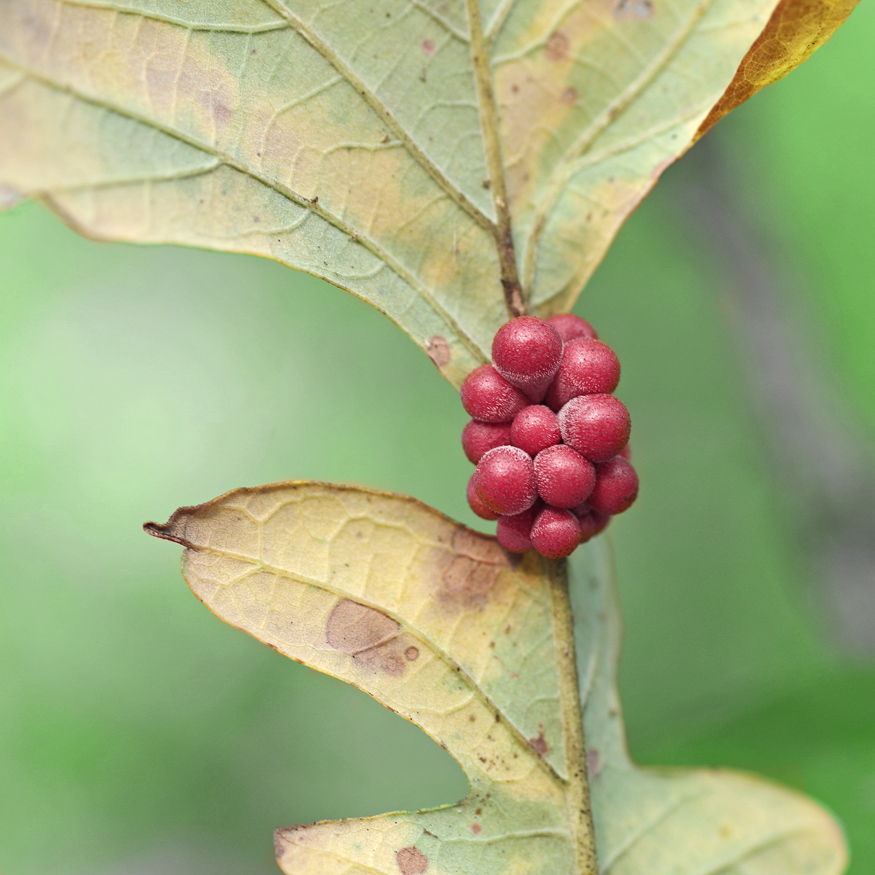 What a dynamite oak gall! The CLUSTERED MIDRIB GALL occurs on various white oaks and is caused by a tiny (a few millimeters long) wasp called (not surprisingly) the Clustered Midrib Gall Wasp (Andricus dimorphus). Galls are growths of plant tissue that are (largely) instigated by insects and mites. Oaks host about 40% of the 2,000+ different kinds of galls found in North America, and tiny wasps in the gall wasp family Cynipidae are responsible for a lot galls on oak stems and leaves.

Many gall-makers lay a single egg at a time, but the female CMGW lays her eggs in clusters, and so these lovely ¼” to ½” galls occur in clusters. Albert Kinsey, in his Studies of Cynipidae, says that there’s a six week lapse between egg-laying and the first appearance of visible galls, and another few months before the galls are full grown. The galls can be downright rosy in color when young, changing to tan/gray and becoming thin-walled as they age. The adult wasp emerges the following spring to start the whole thing over again.

Tiny as these wasps are, there are wasps that parasitize them, finding their larvae even through the solid, fleshy wall of the gall. According to the folks at Wildwood Park, in Virginia:

Or, as Johnathan Swift once wrote:

So, naturalists observe, a flea has smaller fleas that on him prey; and these have smaller still to bite ’em; and so proceed ad infinitum. 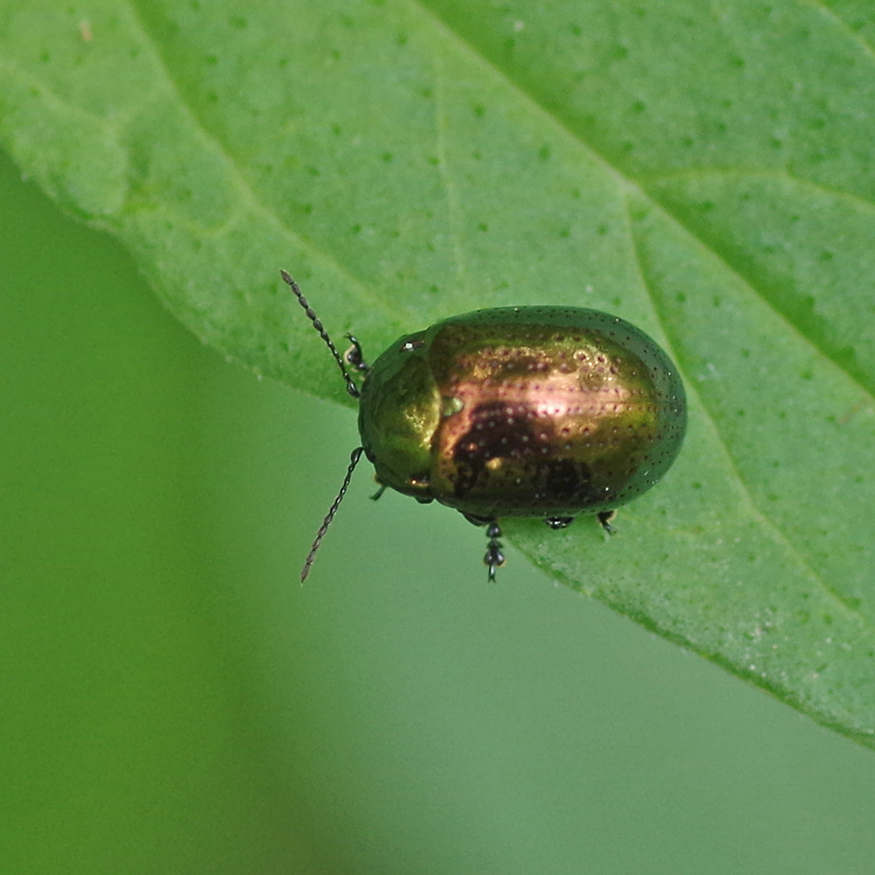 This WATERCRESS LEAF BEETLE, a.k.a Mustard beetle (Phaedon viridis) (probably), looks like a mini-version of the Dogbane leaf beetle. It’s in the large and varied Leaf beetle family Chrysomelidae.

The BugLady couldn’t find a lot of contemporary biographical information about this shiny little beetle, but she did find Bulletin 66, printed by the US Department of Entomology in 1910 that discussed a watercress beetle called Phaedon aeruginosa, which turned out to be the same species. According to F.H. Chittenden (Entomologist in charge of Breeding Experiments), the eggs are laid on and both the larvae and the adults feed on the undersides of leaves. The beetles overwinter as adults.

Chittenden goes on to say that

E.A. Fitch has observed the partiality of the latter for watercress and other crucifers that grow in watery places … the beetles did not swim rapidly, but steadily, and they were seemingly not discomposed by being somewhat out of their natural element. It seems probable that they fly from plant to plant, and like most beetles undoubtedly are able to float for many hours, and perhaps even swim short distances until they reach a landing place.