Introducing three unsung (but worthy) bugs, whose definitive biographies have yet to be written. 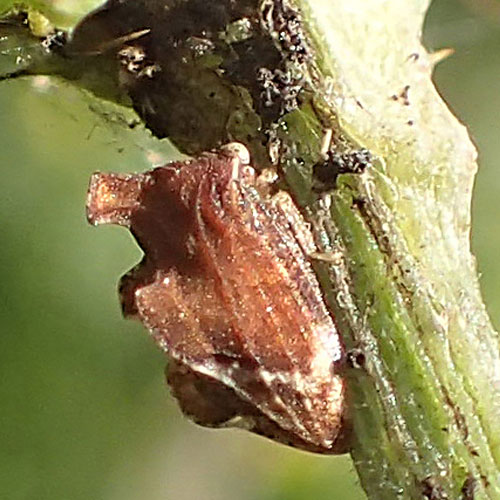 ENTYLIA CARINATA (no common name) is a treehopper in the family Membracidae (from the Greek membrax meaning “a kind of cicada”) (to whom they’re distantly related). It’s a wonderful family of tiny dragons and unicorns (Britannica calls them “insect brownies”) whose various protuberances are supposed to mimic thorns and other bits of vegetation (these bumps are extensions of the pronotum, a structure that covers the top surface of the thorax and is sometimes called a “helmet”). Check the images of Treehoppers.

Treehoppers are sap-feeders that insert their beaks and feed on both woody and herbaceous plants. Nymphs may start out on herbaceous plants and graduate to the “softer” parts of woody plants as adults, and a few are considered minor agricultural pests. Like many other sap-feeding bugs, they produce honeydew, which is eaten by other insects and which encourages ants to “farm” them.

Eggs are laid in woody tissue; females of some species guard their eggs, and some species are vaguely social, with groups of nymphs being cared for by adults.

Treehoppers’ Super Power is the ability of males to quiver the muscles in their abdomen. The resulting vibration passes down through the insect’s legs and into the stem it’s sitting on, and the sound made by these 3/8” insects can be heard/felt by insects on the same plant and even on different plants as far as a yard away! Check this article and be sure to listen to the audio.. 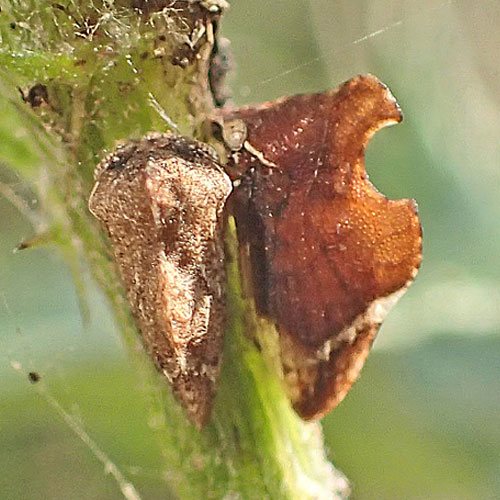 Entylia carinata (carinata means “keeled”) can be found in eastern North America, south into South America, especially on plants in the Aster/Composite family. The BugLady photographed it on a swamp thistle – there were no ants in attendance, but this species does attract them. For a much better picture of an adult, see. Here’s one of a bunch of eggs, and one of a nymph, and here’s an ant tending a nymph. 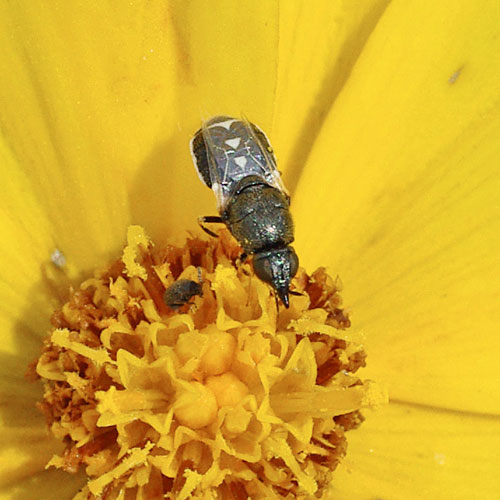 This interesting critter with the pointy front end, NEMOTELUS KANSENSIS (no common name), lived as an “X-fly” in the “X-Files” for six years until the BugLady finally ID’d it while she was looking for something else. It turns out to be a soldier fly (family Stratiomyidae), and she’s more familiar with the larger, sluggish, wasp-mimic soldier flies (whose striped abdomens apparently reminded some insect namer of hash marks on a soldier’s uniform). Here’s a better picture. 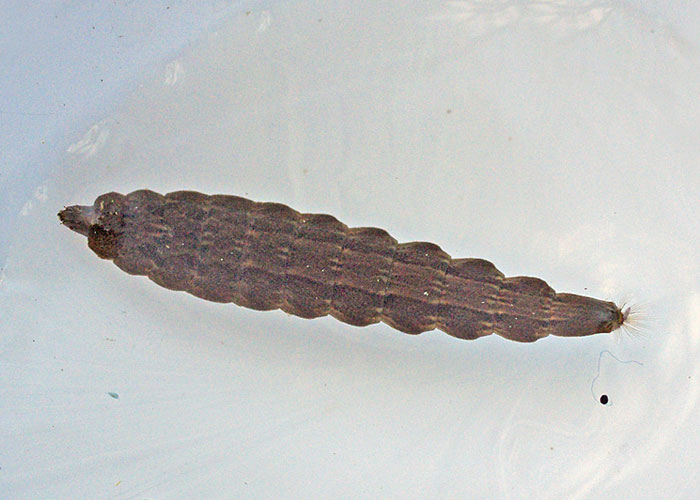 As a rule, the stiff, spindle-shaped, soldier fly larvae grow up in damp situations – in piles of dung or other rich, organic stuff, under bark, in soil, in litter, and in standing water – where they may eat decaying organic matter, fungi, or their fellow invertebrates. Pupation occurs within that armored larval skin. Adults are often found near the larval habitat, feeding on nectar (it’s called glucophagous), although in some species, adults don’t feed at all. The position of the wings at rest is described as “scissor-like.” 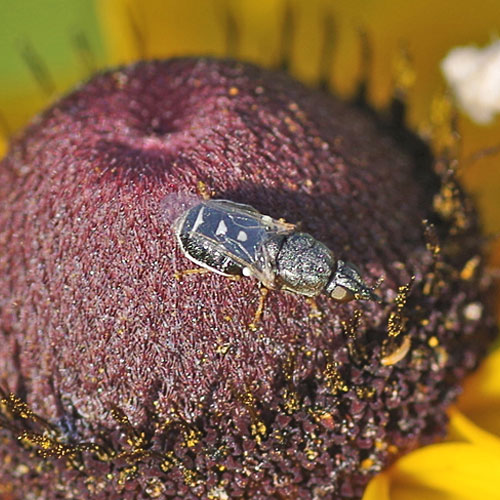 Nemotelus kansensis is sexually dimorphic – where the females have a series of white triangles on the top of their abdomens, the males’ abdomens are mostly white Check this link. Its larvae are aquatic. Coincidentally or not, most of the pictures in bugguide.net show them on Composites.

What a lovely little moth – the “stitching” on the trailing edge of the hind wing is exquisite! The BENT-LINE CARPET (Costaconvexa centrostrigaria), also called the Traveler, is in the family Geometridae (geometra means “to measure the earth”) whose caterpillars are called inch-worms. It is the only member of its genus on this continent (it’s mostly absent from the Great Plains and Rockies), and it has been recorded in Great Britain (once), the Canaries, the Azores, and Madeira. 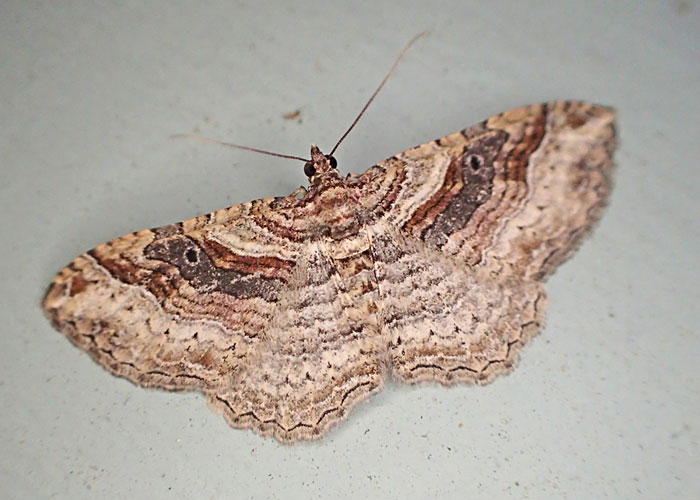 Bent-line Carpets have a wingspread of a bit less than an inch and come in a variety of hues: Check this picture. Their larval food plants are members of the genus Polygonum (smartweeds and knotweeds)

Despite the plummeting temperatures, a few grasshoppers and Autumn Meadowhawks are still hanging on in the prairie.