The BugLady’s “Bugs in the News” file is overflowing again, so it’s time to share. Thanks, as always, to those who send links to interesting stuff.

In the “How Do They Do That?” department, watch this video for a redeeming aspect of earwig life (yes, redeeming; yes, earwig), and this one, if you haven’t used up your monthly quota of free NYT articles.

In the “Ain’t Nature Grand!” category, we have this article about karate kicking cockroaches, this National Geographic article with some great pictures of treehoppers, this – from the sublime to the ridiculous, and a story about a unique method of finding a host, from a blogger whose philosophy is, well, the BugLady couldn’t have said it better herself.

Back in 2017, the BugLady wrote an episode about Jumping worms, which pose a huge threat to life as we know it. Here’s a visual, a DNR video that is so graphic that adult beverages may be required. Here’s another pesky newcomer to Wisconsin’s; shores (watch Do Not Panic video).

On a More Serious Note, a story of saving a beetle species while negotiating the intricacies of the Endangered Species Act, and another in an increasing number of alarms about decreasing insect populations. Why should we care, indeed! 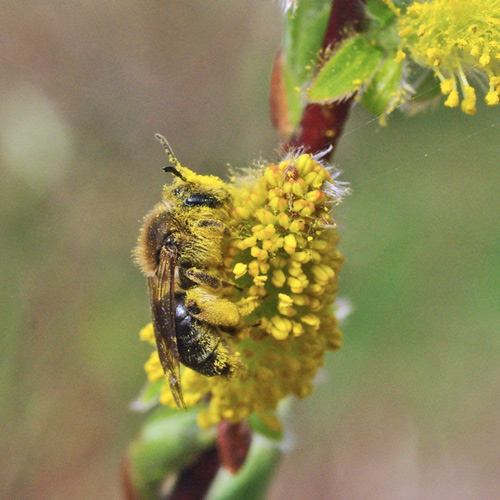 This mining bee, which is reminding us why they call them “pollinators,” is also reminding us to “Think Spring!” It was taken in late March of 2012, that bizarre year when spring arrived unexpectedly – in winter.