Bugs in the News – The Videos

In past years, the BugLady has taken off during the month of May or June to refresh her sadly depleted “BOTW Future” file with new images of emerging insects, and she plans to do that. BUT – she’s also in the process of moving out of a house that she’s lived in for 40 years (rule of thumb – if you haven’t seen it/thought about it/used it for 10 years or so, you probably don’t need it). St. Vinnies’ is thrilled. The BugLady is thrilled that she’ll go forward with about 1/3 of her present worldly possessions. 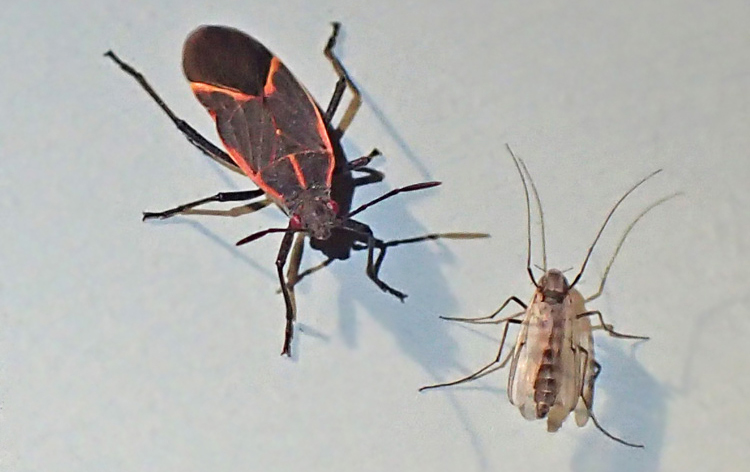 So – BOTW will be sporadic for the next month or so. In the meantime, here are some Bugs in the News links that BugFans have sent in.

As the BugLady’s Mother used to say, “apropos of nothing” – enjoy!

Confession time. The BugLady’s family got its first Golden Retriever in 1952, and she submits that there is nothing (sorry, kids) cuter than a Golden pup. However – these guys run a close second (sorry, kids).

After some short ad content, ants, doing what ants do.

Monarch butterfly migration seen through a different lens (and with subtitles) (but first, a 30 second ad).

Common Green Darners have been spotted in southeastern Wisconsin in the past week! These are part of the state’s migratory population, the offspring of the dragonflies that departed last fall (see the BOTW article “Common Green Darner, the Rest of the Story”). BugFan Freda even saw a pair flying in tandem. See a 14 second video of a pair ovipositing here. And remember, if you see a swarm of dragonflies (doesn’t have to be in Biblical numbers), report them to the Dragonfly Woman!

Spring. The BugLady photographed porch bugs last night for the first time since last fall, a few moths, an ichneumon, a brown lacewing, a box elder bug, and some midges.