Ambush bugs wear the name “bug” proudly and legitimately. They are members of the order Hemiptera (half-wing), which means that their forewings have two different textures—the proximal half (closest to the body) is leathery, and the distal half (away from the body) is membranous, like a fly’s wing. Hemipterans have a “beak” for sucking, and this beak is tucked in under its “chin.” In newer field guides, Hemipterans (the True Bugs) have been lumped with the nearby Homopterans (Cicadas, leafhoppers, aphids, scales and spittlebugs), a merger that the BugLady is resisting. 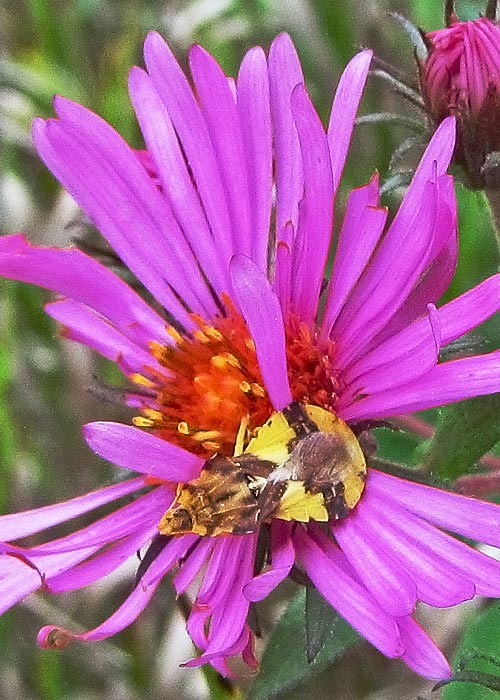 They are described in The Insect Guide by Ralph B. Swain as “a small group of oddly-shaped insects.” What they do well is predation, and to that end, ambush bugs are equipped with a few adaptations that allow them to prey on insects much, much larger than they are:

First, they have Arnold Schwarzenegger biceps; their front femora/legs are very muscular.

Second, like those of a preying mantis, each front leg ends in a hook (tibia) that locks into groove on the burly femur, resulting in a pincer-like arrangement that is described as “raptorial.” Weighing in at less than ½” they routinely catch prey like bees, flies, bumblebees, butterflies, and moths. 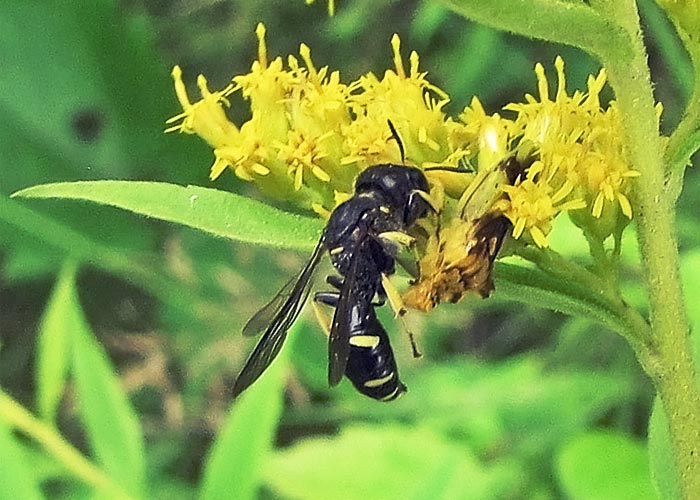 Third, once captured, the prey is pierced by the ambush bug’s beak and injected with a toxic fluid that, according to Stokes in A Guide to Observing Insect Lives, softens the prey’s tissues (and, incidentally, slightly inflates its carcass; think—teeny balloon). The prey’s innards are sucked out by the ambush bug, and the exoskeleton is discarded.

Fourth, they are awesomely camouflaged (can you see the ambush bug that caught the small wasp on the goldenrod flower?). Slow-moving, disruptively colored, often “armored with spines,” they wait on flowers for supper to arrive. The BugLady’s first clue to their presence is often a bee or butterfly that is hanging motionlessly from a flower. 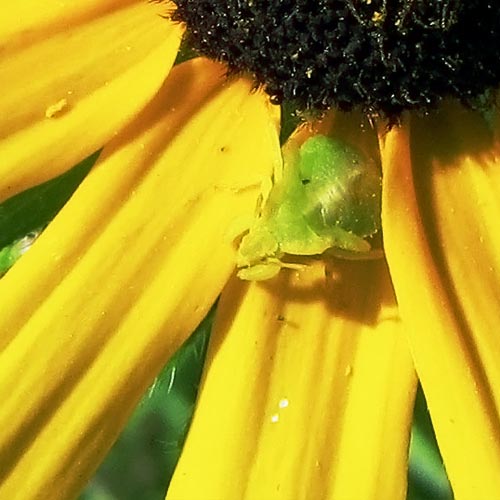 Because they practice simple/incomplete metamorphosis, young ambush bugs (which, according to Stokes, hatch out at half the size of a fruit fly) resemble old ambush bugs. They hatch out “plain” and add markings as they molt. The nymphs eat and behave like their elders, too. 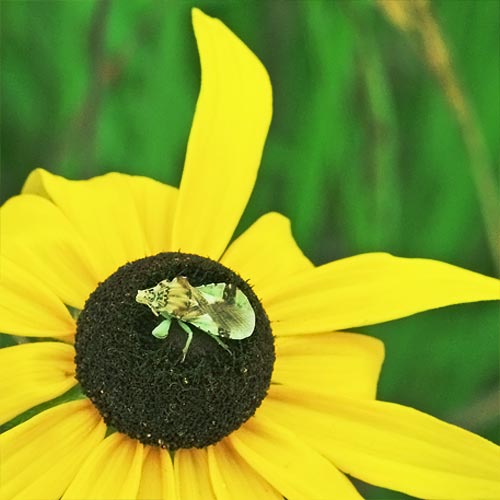 Ambush bugs used to claim the distinction of being in their own family, Phymatidae. They have now been rolled into the larger Assassin bug family Reduviidae. Assassin bugs tend to be sleeker than ambush bugs. Among the attachments is a picture of a lovely little assassin bug, with (maybe) the lovely name of Zelus luridus. 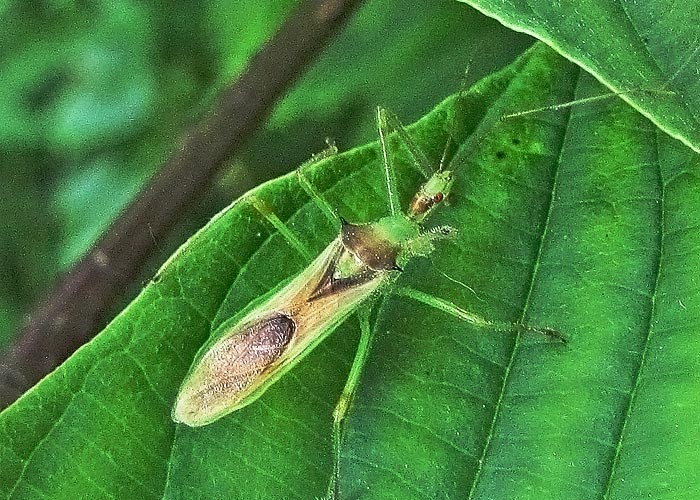 The BugLady loves scrutinizing summer flowers and finding ambush and other “bugs” engaged in the serious dramas of life and death on the flower tops. As she gets even more far-sighted in her old age, she especially enjoys editing a flower picture and discovering in it an ambush that she didn’t see in the field.