‘Tis the Season for the annual Twelve Bugs of Christmas – a baker’s dozen, actually, of oddities (and wonders) that the BugLady found during the year. Let Heaven and Nature sing! 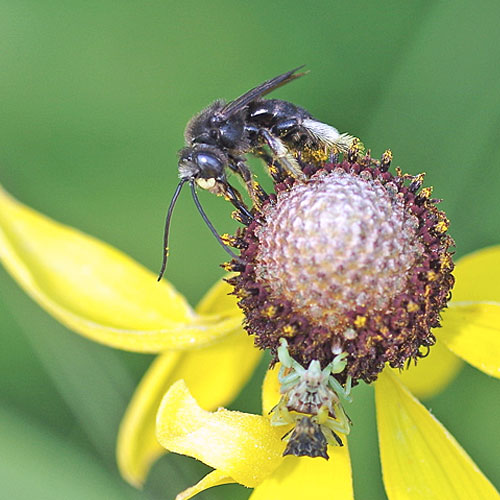 This is not exactly what it looks like (well, maybe 50%). The bee is a peaceable soul – just there for the pollen, which she will stash on her furry legs and share with the next flower she visits and cache for her future offspring. The ambush bug? Definitely there for the pollinators! 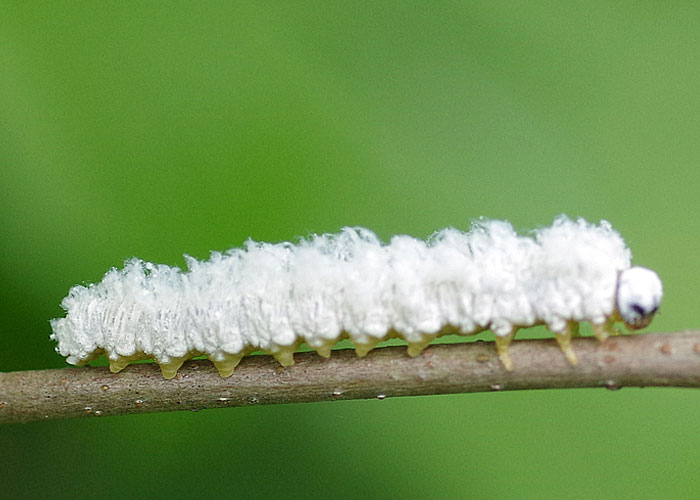 The BugLady wishes she had noticed what species of shrub she found this wonderful (and slightly creepy-looking) sawfly larva crawling on. There are a number of larvae that look like this, and since sawflies can be very specific about their larval host plants, a plant ID could yield the sawfly ID. The “wooly” coat is made of waxy filaments that are produced by the larvae, and when the larvae molt, the white filaments are shed with the old skin and have to be regrown. It’s speculated that the stuff doesn’t taste so good to predators. 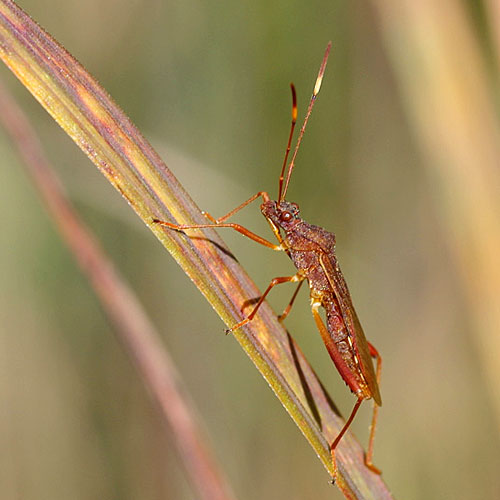 A lovely discovery on tawny prairie grasses in the late afternoon light. A Lupine bug. The BugLady keeps forgetting to lean over and take a whiff of a Megalotomus – they reputedly smell powerfully bad as nymphs and only a little less so as adults. 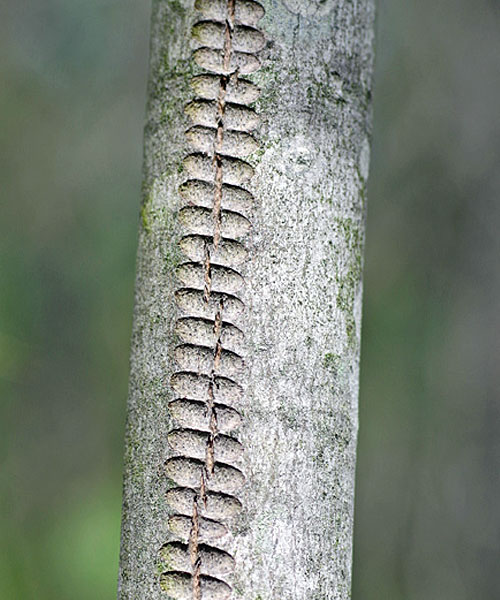 When the BugLady photographed this odd pattern in the bark of a shrub at Spruce Lake Bog (a little gem of a State Natural Area in the Northern Kettle Moraine), she thought that the marks might be scars left by an ovipositing insect. She applied her meager research skills to various searches of Google images, that wonderful, semi-sorted hodgepodge of pictures (one search for “insect ovipositing scars in bark” netted some of the BugLady’s own dragonfly, butterfly, bug, mosquito, and even water sowbug pictures; the filter is, apparently, imperfect). Another search yielded a picture of sapsucker bark scrapings that were fairly similar but a little more random in arrangement than these (the author said that the birds make shallow depressions in the bark for the sap to flow into). Any ideas? 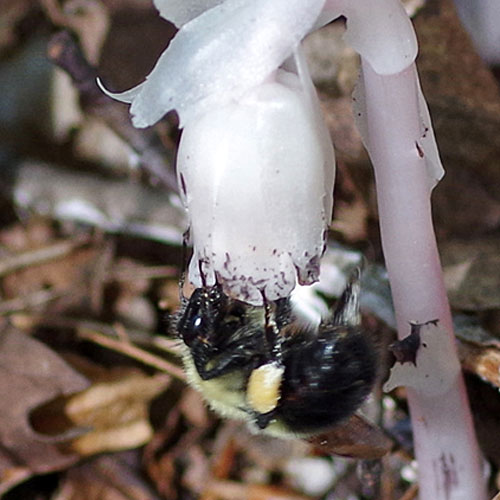 Indian pipe (a.k.a. corpse or ghost plant) is a peculiar little flowering plant in the Heath/blueberry family that, because it’s chlorophyll-free, cannot make its own food. But, it has a subterranean association with mycorrhiza (fungal strands) that have a connection with tree roots, and trees do photosynthesize. So the mycorrhiza get nutrients from the tree root and the Indian pipe gets nutrients from the fungal strands (mycorrhizal relationships are everywhere). The BugLady heard an incoming bumble bee as she photographed Indian pipes one fine, September afternoon. At first she thought that the bee might be flying home to an underground nest, but it turned out to be interested in the Indian pipe, too. 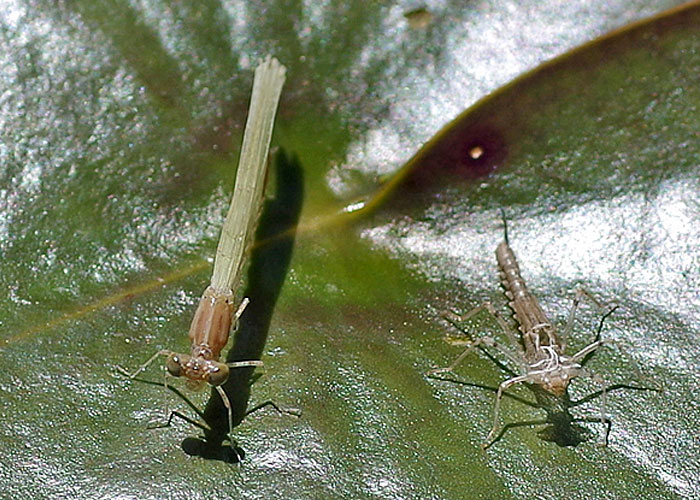 A newly-minted damselfly rests next to its old skin, its aquatic days behind it, almost ready to assume an aerial lifestyle. 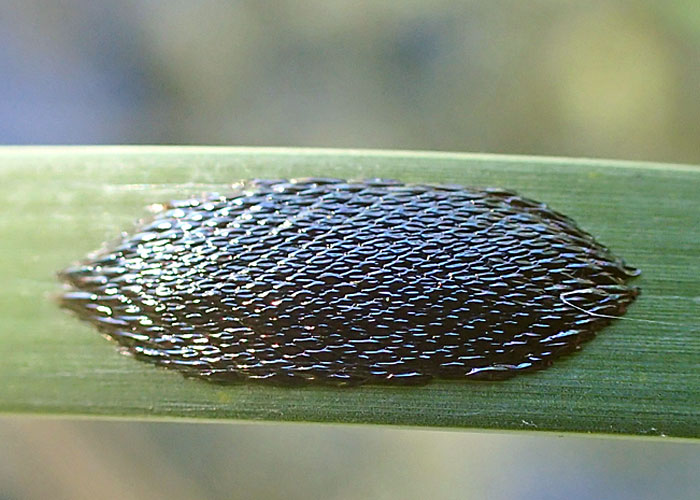 Horse (and deer) fly larvae grow up in water or damp soil, but their mother doesn’t wet a toe delivering them to it. Instead, she deposits glorious masses of eggs on overhanging vegetation, and the larvae drop in when they hatch. 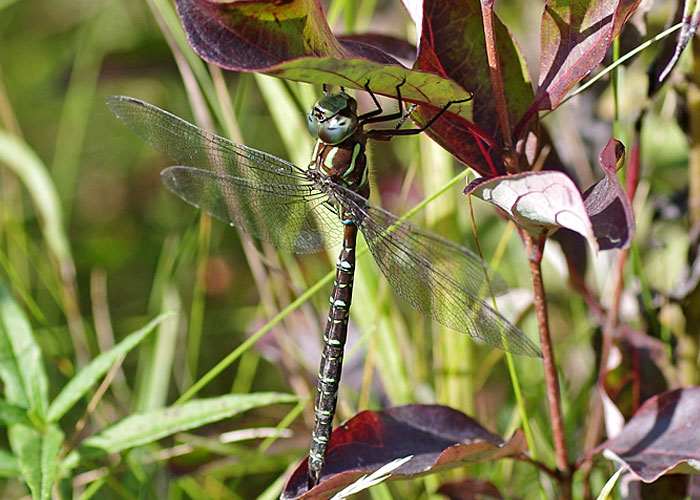 Mosaic darners are a group of large dragonflies in the genus Aeschna that are so-named for the splotchy color patterns on their abdomens. The fabulous Shadow Darner has been eluding the BugLady for years (the picture illustrates why she flushes them more often than she photographs them), but her quest is over. She was on a mowed trail at Riveredge Nature Center when she saw a mosaic flying toward her a few feet off the ground. She moved to the edge of the trail. It passed her, doubled back, passed her again, and on the third go-round, settled on a leaf less than three feet from where she was standing. Sometimes it happens that way (mostly, it doesn’t). 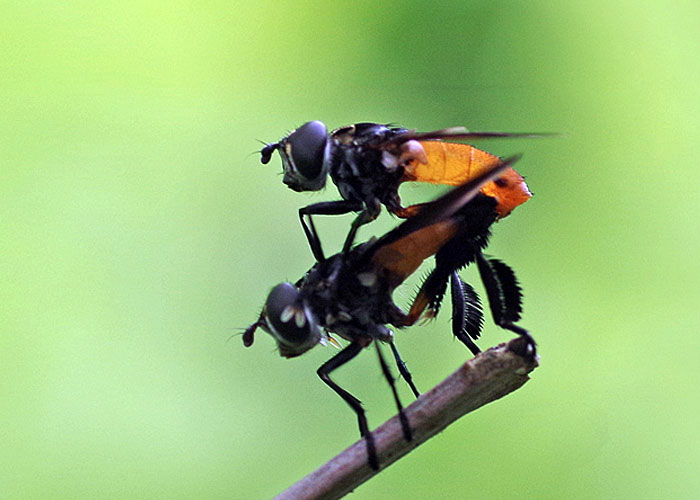 Sharing a (backlit) moment in mid-summer. In courtship, she flares her fringed legs at him in order to look “hippier” (and therefore more fertile), and he presents her with a protein snack to nourish her eventual egg laying. 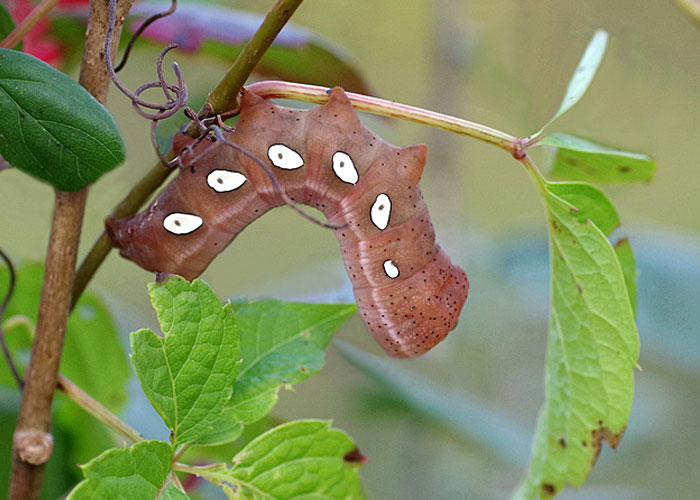 Bugguide.net calls it “an extra-spectacular sphinx moth.” Check more images at Bugguide.net. Caterpillars may be green or cinnamon colored; younger instars end with a sweet little piggy tail and older caterpillars with a little button. They feed on the leaves of grape and Virginia creeper. 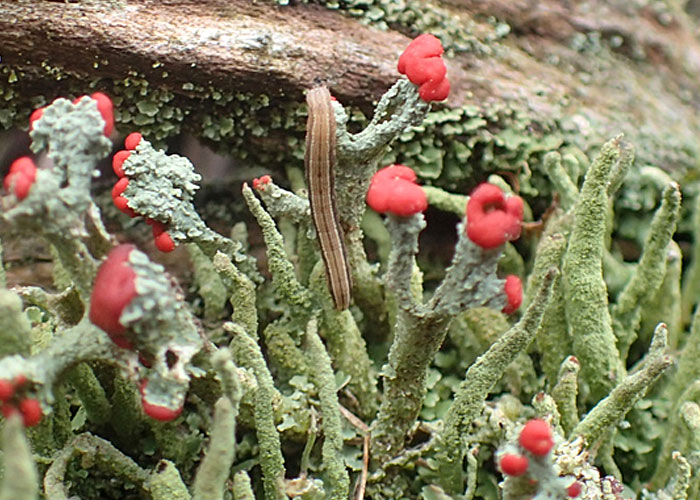 This was just supposed to be a lichen shot. 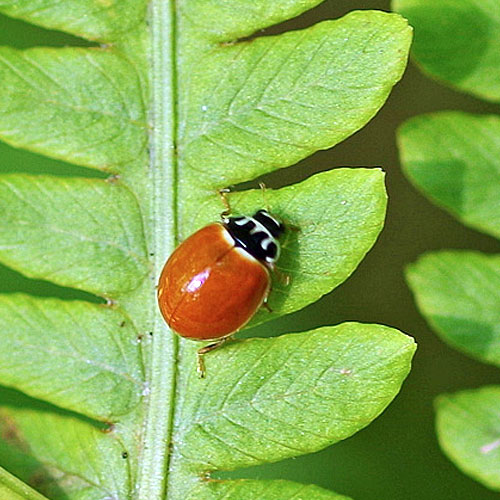 The BugLady saw more native ladybugs this year than she normally does – surprising, considering the ubiquity of the ultra-competitive Multicolored Asian ladybugs. Some ladybugs can be identified by the patterns on their head and thorax, and this Red ladybug wears classy, white parentheses.

PARTRIDGE IN A PEAR TREE 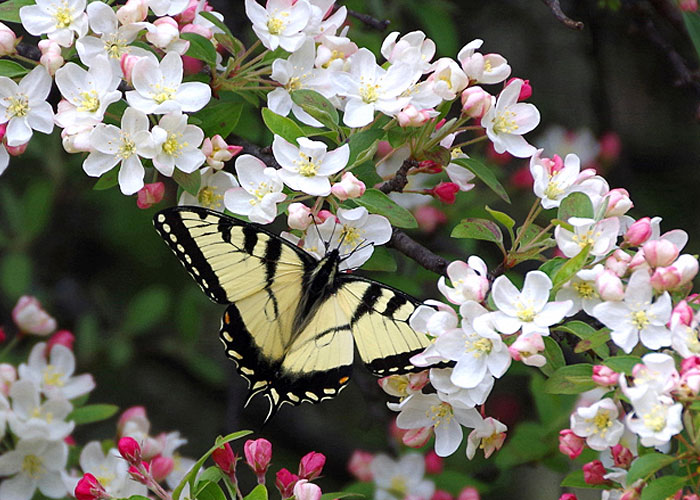 Or, even better, a Tiger swallowtail in an apple tree, a sight that greeted the BugLady one fine day in May when she checked her mail. Moral: always carry a camera.

May 2018 bring you health and happiness.