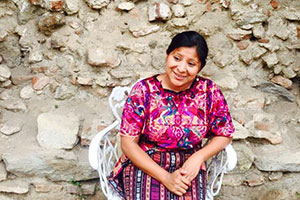 UW-Milwaukee’s Center for Latin American and Caribbean Studies’ co-produced documentary, El futuro maya II, is now available. The filming began in 2015 in various locations throughout Guatemala. It’s the sequel to El futuro maya: voces del presente, which was filmed in 1997, shortly after the signing of the Guatemalan Peace Accords.

The original consists of interviews from Mayas about language revitalization, discrimination, indigenous identity, the Maya Movement, and their hopes for the future. The sequel includes thirteen of the original participants and six new individuals, and reconsiders many of the same issues affecting the Mayas today, twenty years later.