Thy Phu: Warring Visions: Photography and the Vietnam Conflict 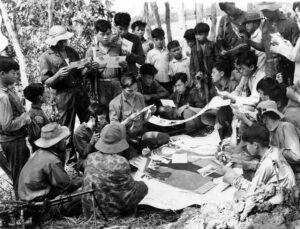 Join us for a virtual lecture with Thy Phu (University of Toronto) for “Warring Visions: Photography and the Vietnam Conflict.” Although it’s often observed that the Vietnam War was fought in pictures, the most iconic images were produced by the western press—images that usually shore up accounts of American experiences and perspectives. Largely missing from the voluminous histories of this war are photos by the Vietnamese, not to mention consideration of Vietnamese experiences. This talk broadens approaches to the visual mediation of the Vietnam conflict by exploring how the camera was deployed to serve ideological purposes not just by the western press, but also by other sides. Focusing on the contributions of Vietnamese photographers, I trace the connections and disconnections between these warring visions, and explain the role of photos in struggles to secure the moral resolve, political allegiance, and cultural memory of viewers.

Please note: Closed captioning will be provided by YouTube within 24 hours after the event has concluded. 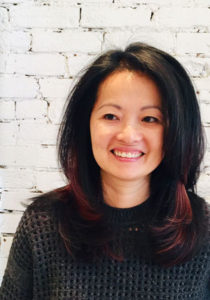 Thy Phu is Professor of Media Studies at the University of Toronto. She is the author of Picturing Model Citizens: Civility in Asian American Visual Culture, co-editor of Feeling Photography, co-founder of the research collective Critical Refugee Studies Network of Canada, and Principal Investigator of the Family Camera Network, a project that collects and preserves family photographs and their stories. Her three new books, Warring Visions: Photography and Vietnam, Cold War Camera, and Refugee States: Critical Refugee Studies are forthcoming at Duke University Press and University of Toronto Press.