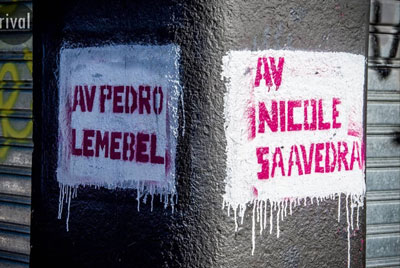 On October 18, 2019, the Chilean social explosion was ignited and massive protests against Chilean neoliberalism, patriarchy, settler colonialism, and environmental injustice were soon sweeping the country. In the subsequent weeks of social mobilization, those marching in the streets “until dignity becomes the norm” [“hasta que la dignidad se haga costumbre”], to use a common slogan widely circulated among protestors, have been confronted with brutal police repression. This story misses, however, that the movement had taken its first steps in early October when high school students of Santiago de Chile started protesting the government’s imposition of an unannounced subway fare hike by collectively evading metro turnstiles and then subsequently occupying metro stations, effectively transforming the Santiago subway into a public space of insurrection.

In this presentation, Woods traces the history of urban segregation and modern public transportation in Santiago through a reading of the chronicles of the queer, poor Chilean author and activist, Pedro Lemebel, demonstrating how Santiago’s interlocking histories of urban segregation and modern transport had long been setting the stage for this contemporary social movement. In other words: it is no accident that the Chilean social explosion emerged from students’ use of public transport as a public space. In the end, the initial steps of the Chilean social explosion represent the return of the repressed of Chilean neoliberal modernization and urban segregation, the return of those bodies expelled from Santiago’s modern neoliberal center and public transport system who reinscribed public transport as a public space with their alternative visions of living in common.

This event is cosponsored by C21, the Center for Latin American & Caribbean Studies, and the LACUSL Speaker Series. 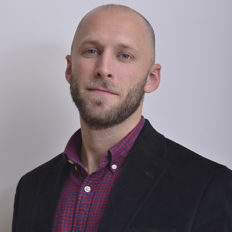 About the Speaker:
Maxwell Woods is a member of the Faculty of Liberal Arts at Universidad Adolfo Ibáñez in Viña del Mar, Chile. His work focuses on the overlap of urban design, environmental justice, and comparative literature with a particular interest in the relationship between literature, modern architecture, and decolonial environmental urbanism in the Americas. His research has previously appeared (or will appear shortly) in Modernism/Modernity, Social and Cultural Geography, Cultural Dynamics, Cultural Politics, Literary Geographies, and DATUTOP, and his forthcoming book, The Politics of the Dunes: Poetry, Architecture, and the Decolonial Option at the Open City, will be released with Berghahn Books in 2020.