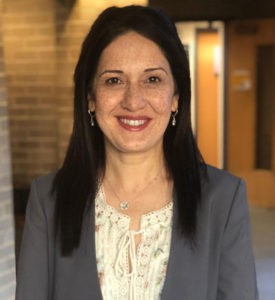 Join us for a special brown bag discussion with Kavita Daiya (George Washington University) at the Center for 21st Century Studies on Friday at noon!

Daiya will be discussing work from her upcoming book Graphic Migrations: Precarity and Gender in India and the Diaspora.

Kavita Daiya is Director of Women’s, Gender, and Sexuality Studies Program, and Associate Professor of English at GWU. She is the author of two books: Violent Belongings: Partition, Gender, and National Culture in Postcolonial India (Philadelphia: Temple UP, [2008] 2011; New Delhi: Yoda Press, 2013), and Graphic Migrations: Precarity and Gender in South Asia and the Diaspora (forthcoming, Temple UP, 2020). She edited the essay collection Graphic Narratives of South Asia and South Asian America: Aesthetics and Politics (Routledge, 2019). Her articles have appeared in several edited volumes and journals including the Oxford History of the Novel in English, Asian American Literatures in Transition, PMLA, South Asian History and Culture, and Journal of Postcolonial Writing, among others.

Be sure to join us later on Friday for Daiya’s talk, “Graphic Migrations: Hannah Arendt, Statelessness, and South Asia Across Media” at 3:30 in Curtin Hall 175.