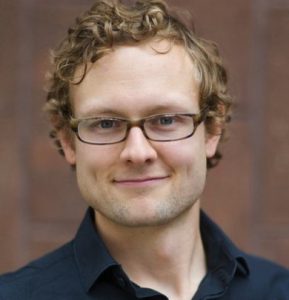 Brian Jacobson (Cinema Studies and History, University of Toronto) will be hosting a special brown bag discussion at the Center for 21st Century Studies on Friday at noon.

***Please email Maureen Ryan (ryanme@uwm.edu) to RSVP to this discussion and to get a copy of the paper.

Exercises in Style: Henri Lefebvre, Lacq-Mourenx, and the Modernism of Petro-Modernization

This paper—a draft of a chapter from Jacobson’s book manuscript—examines the visual culture of the French gas industry in the 1950s, the years in which French oil companies discovered a substantial deposit of natural gas in the lower Pyrenees and worked both to deliver it to market and to sell an image and idea of a gas-powered economy. The chapter builds on Henri Lefebvre’s criticism of the gas industry’s effects on the region, particularly his denouncement of the “style-less” oil city built to house its new workers. Focusing on the two primary companies tasked with extracting and selling France’s new gas resources, Jacobson examines how they used visual culture—including seldom-studied industrial shorts by modernist filmmakers and works of art (especially a late work by Fernand Léger) as well as industrial photography—to give the industry the style it lacked and to establish narratives that traded petroleum’s material reality for immaterial promises of prosperity and comfort.

Jacobson is the author of Studios Before the System: Architecture, Technology, and the Emergence of Cinematic Space (Columbia UP, 2015) and editor of In the Studio: Visual Creation and Its Material Environments (University of California Press, forthcoming, 2020).

Be sure to join us later on Friday for Jacobson’s talk, “Pipeline Vision and the Essence of Power” at 3:30 in Curtin Hall 175.