9/11 Reconstructions, Commemoration and the Urban Fabric 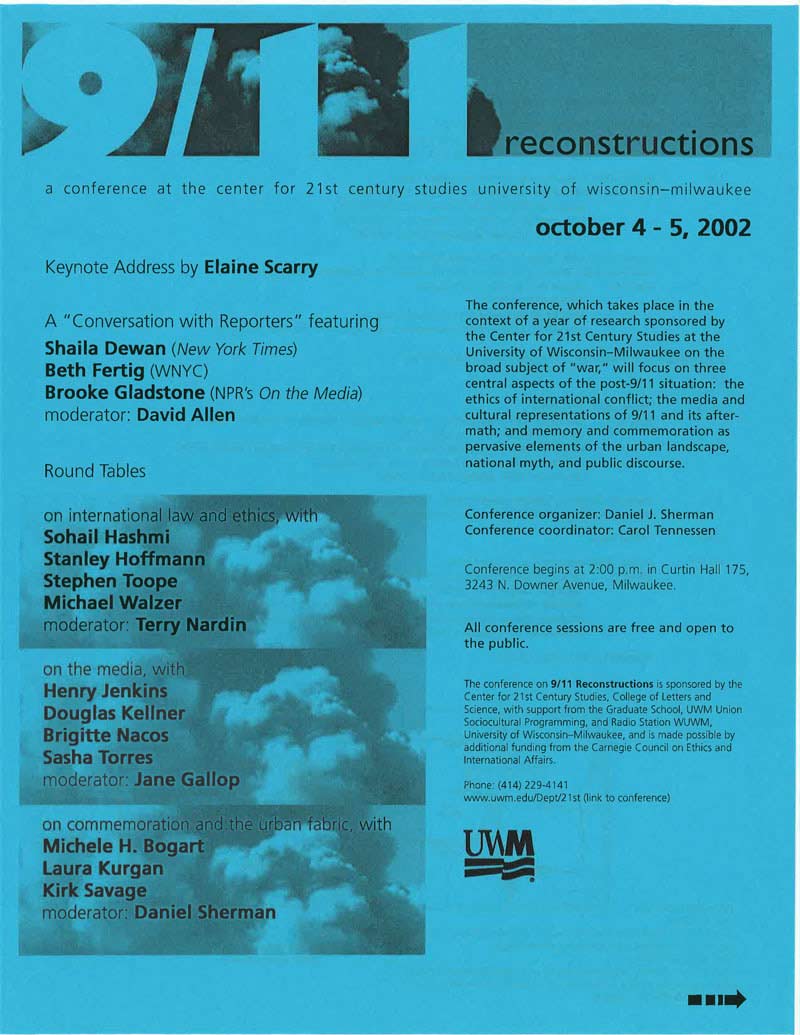 In October 2002, the Center sponsored a conference on the events and aftermath of September 11, 2001, with panel discussions on the ethics of international conflict, the media and cultural representations of 9/11 and the ensuing conflict, and memory and commemoration as pervasive elements of the urban landscape, national myth, and public discourse.

The panel on ethics (chaired by Terry Nardin) considered the relationship between “war” and “terrorism,” use of force issues, and human rights. The speakers who participated in this round table included a world-renowned expert on international relations, the most prominent theorist of the concept of “just war” in the United States, and a former dean of McGill Law school and expert on international arbitration. 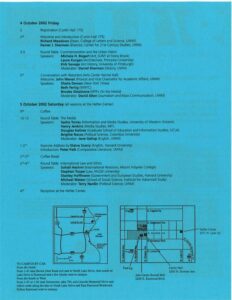 Participants in the round table on media (chaired by Jane Gallop) explored the connections between knowledge, information, reporting, opinion, rumor, and spectacle. They included scholars with expertise on the internet, on media coverage of terrorism and terrorist uses of the media, and on televisual constructions of war. The session on commemoration and the urban environment (chaired by Center Director Daniel Sherman) focused on the prominence of memories of various kinds–not only of the destroyed buildings and the victims of the attacks, but of earlier configurations of the city–in plans for reconstruction.