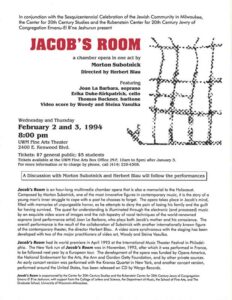 A Chamber Opera in One Act

In conjunction with the Sesquicentennial Celebration of the Jewish Community in Milwaukee, the Center and the Rubenstein Center for 20th Century Jewry of Congregation Emanu-El B’ne Jeshurun presented Jacob’s Room, written by Morton Subotnick and directed by Herbert Blau. The performance featured Joan La Barbara (soprano), Erika Duke-Kirkpatrick (cello) and Thomas Buckner (baritone).

Jacob’s Room was an hour-long multimedia chamber opera that was also a memorial to the Holocaust. The opera took place in Jacob’s mind, filled with memories of unpurgeable horror, as he attempted to deny the pain of losing his family and the guilt for having survived. 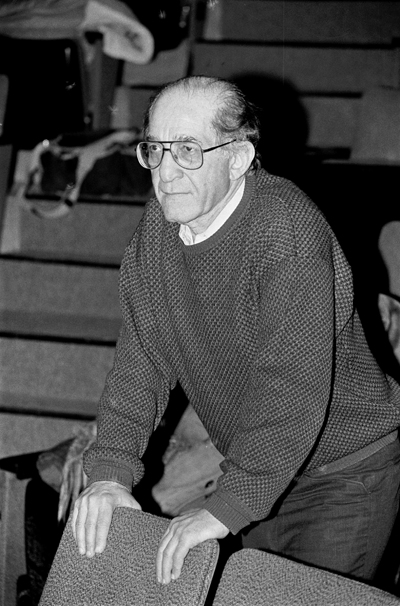