A Question and Answer Session

Indian literary critic and theorist Gayatri Spivak participated in a question and answer session in Curtin Hall 118 on Wednesday, March 24, 1999. At the time she was the Avalon Foundation Professor in the Humanities at Columbia University. She is well-known as a scholar of deconstructive textual analysis of verbal, visual, and social texts and as a global feminist Marxist. In March 2007, Professor Spivak was tenured University Professor at Columbia University, the University’s highest rank. 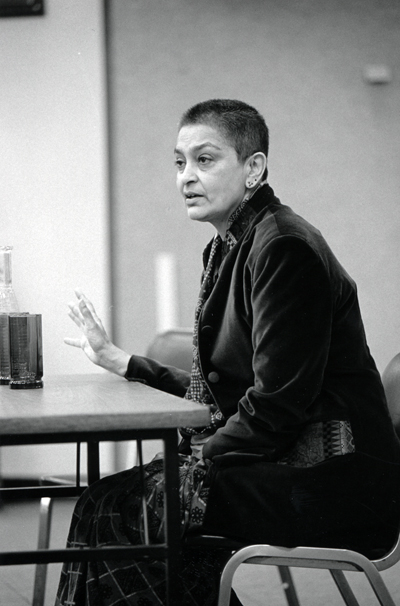