“Seeing the Signified: Art, Memory, and Representation in France after World War I”

Daniel J. Sherman, at the time an associate professor of French Studies and History at Rice University, presented his lecture on November 14, 1997 in Curtin Hall 118. Professor Sherman later came to UW-Milwaukee and became Director of the Center (2002-08). He is currently professor in the Department of Art at the University of North Carolina-Chapel Hill.

Professor Sherman has authored two books: Worthy Monuments: Art Museums and the Politics of Culture in Nineteenth-Century France (Harvard University Press, 1989) and The Construction of Memory in Interwar France (University of Chicago Press, 1999), for which he received three national awards: the first annual J. Russell Major Prize, given by the American Historical Association for the best book in French history published in English, the Laurence Wylie Prize, awarded biennially by the Association for French Cultural Studies, and an Association of American Publishers Award as one of the best scholarly books published in 1999. 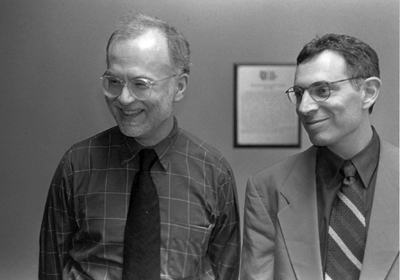