Professor Arjun Appadurai, the Director of the Chicago Humanities Institute and the Barbara E. and Richard J. Franke Professor in the Humanities, and Professor of South Asian Languages and Civilizations at the University of Chicago in 1995, presented his lecture in Curtin Hall 118 on Friday, April 28, 1995. Well known for articulating his view of cultural acitivity (defined as the social imaginary), Professor Appadurai has been a prolific writer. He went on to become an administrator at Yale, the Provost of New School University, and is currently the Goddard Professor of Media, Culture, and Communication at the NYU Steinhardt School of Culture, Education, and Human Development. 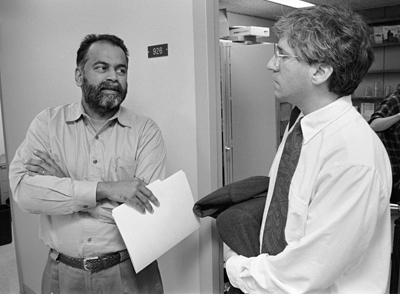