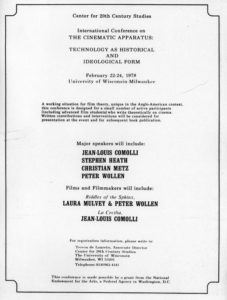 The Cinematic Apparatus was the fourth international film conference sponsored by the Center. It was held February 22-24, 1978, and took place in the UWM Student Union’s Wisconsin Room, with some sessions in the Fireplace Lounge as well. The conference was advertised as a working situation for film theory, unique in the Anglo-American context, and it was designed for “a small number of active participants who write theoretically on cinema.” The conference was organized by Teresa de Lauretis and Stephen Heath, and many of the papers and discussions from the conference resulted in the book, The Cinematic Apparatus (edited by Teresa de Lauretis and Stephen Heath). 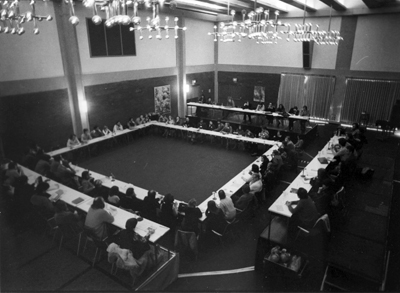 View of one of the sessions held in the Wisconsin Room 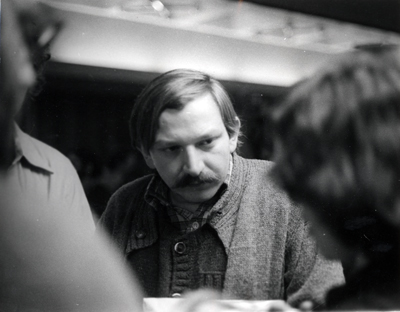 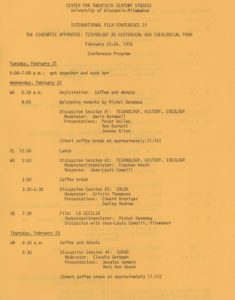 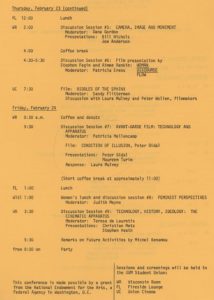