An Evening with Popular Photography 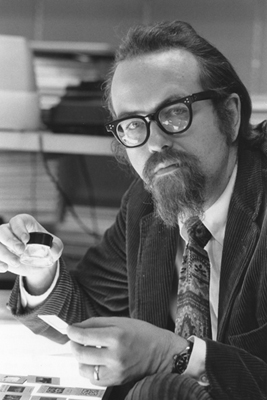 Charles Reynolds in a publicity shot taken circa 1973

An Evening with the Editors of Popular Photography: The State of Photography Today
October 15, 1973

Two editors of Popular Photography particpated in two events at UWM on October 15, 1973. Charles Reynolds (pictured in a publicity shot) was the picture editor of the magazine and was also the chairman of the Photography Department of the New York School of Visual Arts. He was well-known from his book, American Indian Portraits, as well as his consulting for John F. Kennedy’s A Nation of Immigrants.

Edward Meyers was the executive editor at the time and was also an instructor at the New York School of Visual Arts. He had won a prestigious Art Directors Award prior to the event.

The event was jointly sponsored by the Center and the UWM Photographic Services. 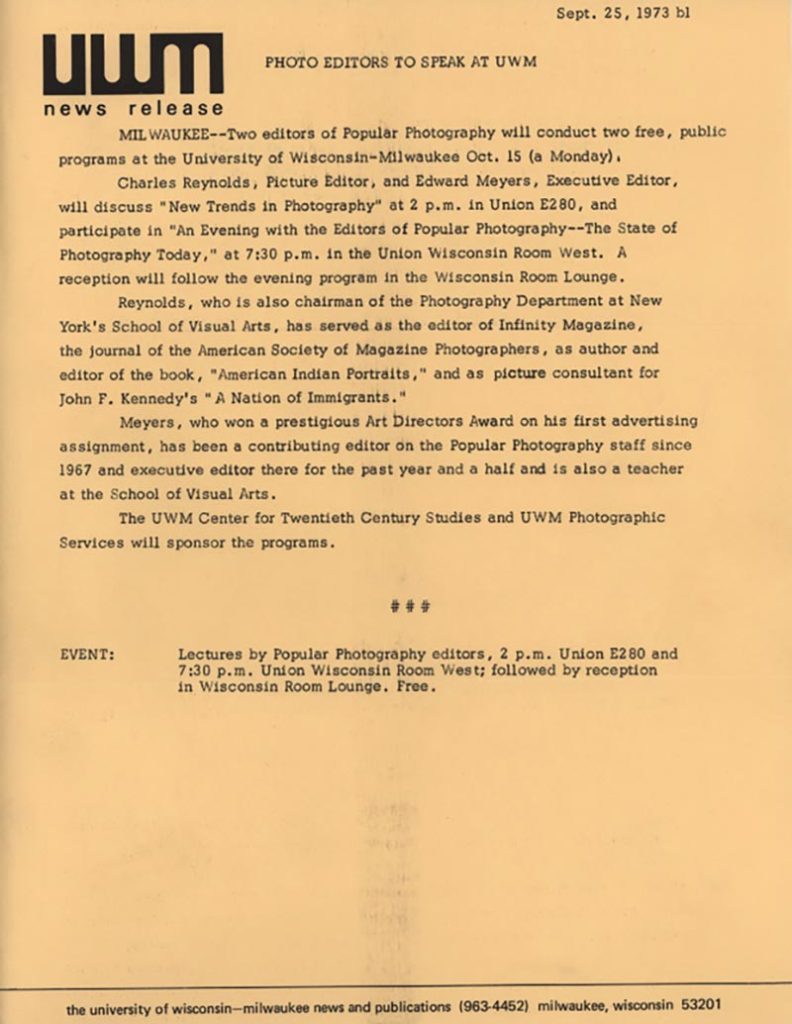