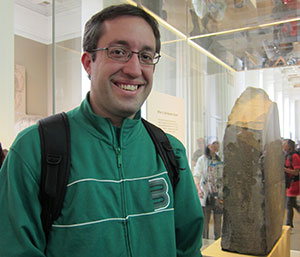 Visiting Assistant Professor Matthew Francis Rarey was at King’s College, London last week to present his paper, “Undermining Oversight: Secret Visualities and Rebellion in Bahia, 1835,” part of a special panel on slavery and visual representation at the Congress of the Brazilian Studies Association. He also used the opportunity to visit exhibitions at Tate Britain, the Saatchi Gallery, and the Museum of London Docklands for research on an in-progress article on the relationship between British slavery in the Caribbean and Dante Gabriel Rossetti’s The Beloved (1865-1866); as the British Museum to view some of the famed bronze plaques from the royal palace of the Kingdom of Benin (Nigeria).

Learning to Oil Paint in ArtHist 102