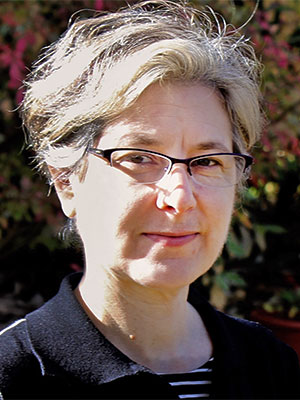 My research critically analyzes non-profits, non-governmental organizations (NGOs) and groups working in the voluntary sector. Currently, I am writing a book about the global and legal regulation of the voluntary sector in India, focusing on mobilization efforts by civil society groups to lobby the government for legislative reform. This most recent project sits at the crossroads of non-profit sector activism and state regulation.

I have written several books on humanitarianism, philanthropy and economic development, all of which feature ethnographic analysis. Disquieting Gifts: Humanitarianism in New Delhi (Stanford University Press 2012) examines sacred and secular practices of giving through the lives and experiences of Indians and foreigners in New Delhi who to donate their resources and volunteer their time. Sponsoring the education of an orphan and giving to beggars on the street might not usually be considered in the same frame as international humanitarian aid; yet, the two are linked through the gift. The book urges attention to the impulses behind giving while keeping in sight the political and spiritual economies that shape the gift. Whether motivated by expectations of liberal altruism, reciprocal exchange, social obligation, rights and entitlements, or worldly renunciation, orientations toward giving inspire particular expectations of return and trajectories of social transformation. This book received the 2013 ARNOVA Award for Outstanding Book in Nonprofit and Voluntary Action Research.

Forces of Compassion: Humanitarianism Between Ethics and Politics (School for Advanced Research Press 2011) is a collection of ethnographic essays on the anthropology of humanitarianism that I co-edited with Peter Redfield.

My first book, The Spirit of Development: Protestant NGOs, Morality, and Economics in Zimbabwe (Routledge 2003; Stanford University Press 2005), is an ethnographic monograph on transnational faith-based NGOs. Based on research conducted in Zimbabwe, Africa, in 1996-97, it explores the politics of Christian faith in international humanitarian assistance and examines the significance of Christianity in the economic development of southern Africa. The book documents how discourses of economic development merge with discourses of faith in the lives of NGO workers and beneficiaries of development.