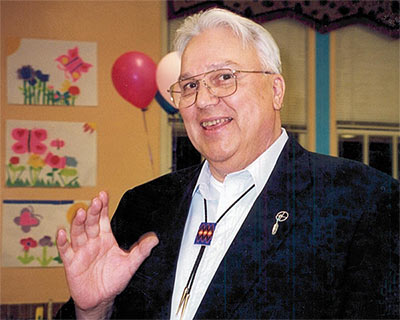 Roger Thomas was an anthropologist (American Indian Cultural Anthropology, UWM) with a lifelong focus on education and teaching the Ojibwe language. He was the Director of Education and Ojibwe Language Teacher at the Indian Community School from 1987 to 1988. From 1990-1997 he worked as an Ojibwe language teacher for the Milwaukee Public School system, and from 1997-2003 served as the Coordinator for the WE Indians program. From 1997-2012, he taught the Ojibwe language at UWM. Thomas was a member of the Bad River Band of the Lake Superior Tribe of Chippewa Indians, and was awarded the Wallace Pyawasit Community Leadership Award in April 2012. He passed away on May 15, 2012.