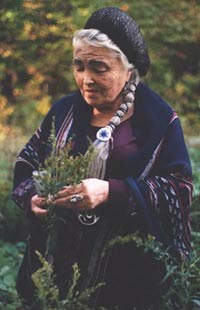 Scholar and Lecturer in Ethnic Studies

Keewaydinoquay Pakawakuk Peschel was a scholar, ethnobotanist, herbalist, medicine woman, teacher, and author. Born in Michigan around 1919, she became an Anishinaabeg Elder of the Crane Clan and spent time on Garden Island (Minis Gitigaan), a traditional Anishinaabeg homeland.

She received a Master of Education from Wayne State University, and finished course work for a Ph.D. in ethnobotany at the University of Michigan and won the Teacher of the Year Award in Michigan in 1975. In the 1980s, she taught classes at UWM in ethnobotany as well as philosophy of the Great Lakes American Indians.

Keewaydinoquay was the author of several books on herbs, Native American medicine, and rare legends for children and adults. She founded the Miniss Kitigan Drum, a non-profit organization supporting the preservation and evolution of Great Lakes Native American traditions. Many referred to her lovingly as Nookomis (Grandmother).

Keewaydinoquay died on July 21, 1999 and was honored with a traditional Midewiwin ceremony on Garden Island.

Peschel, Keewaydinoquay M. (1998) Puhpohwee for the People: a narrative account of some uses of fungi among the Ahnishinaabeg

“Cedar Songs.” Edited by WeTahn Lee Boisvert. In the mid 1990s, Keewaydinoquay Peschel made three people promise to ensure that her life story would come into being, even if she was unable to complete it herself. Oginiiquay Fay Stone and WeTahn Lee Boisvert lived to complete the project. Other contributors were Barbara Leigh, Osahmin Judy Meister, and Nodjima Stanette Amy. Trafford Publishing, 2013. 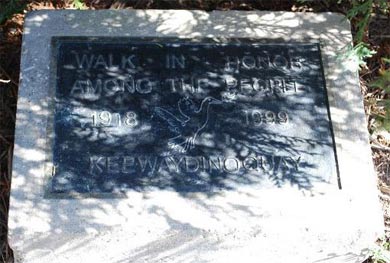