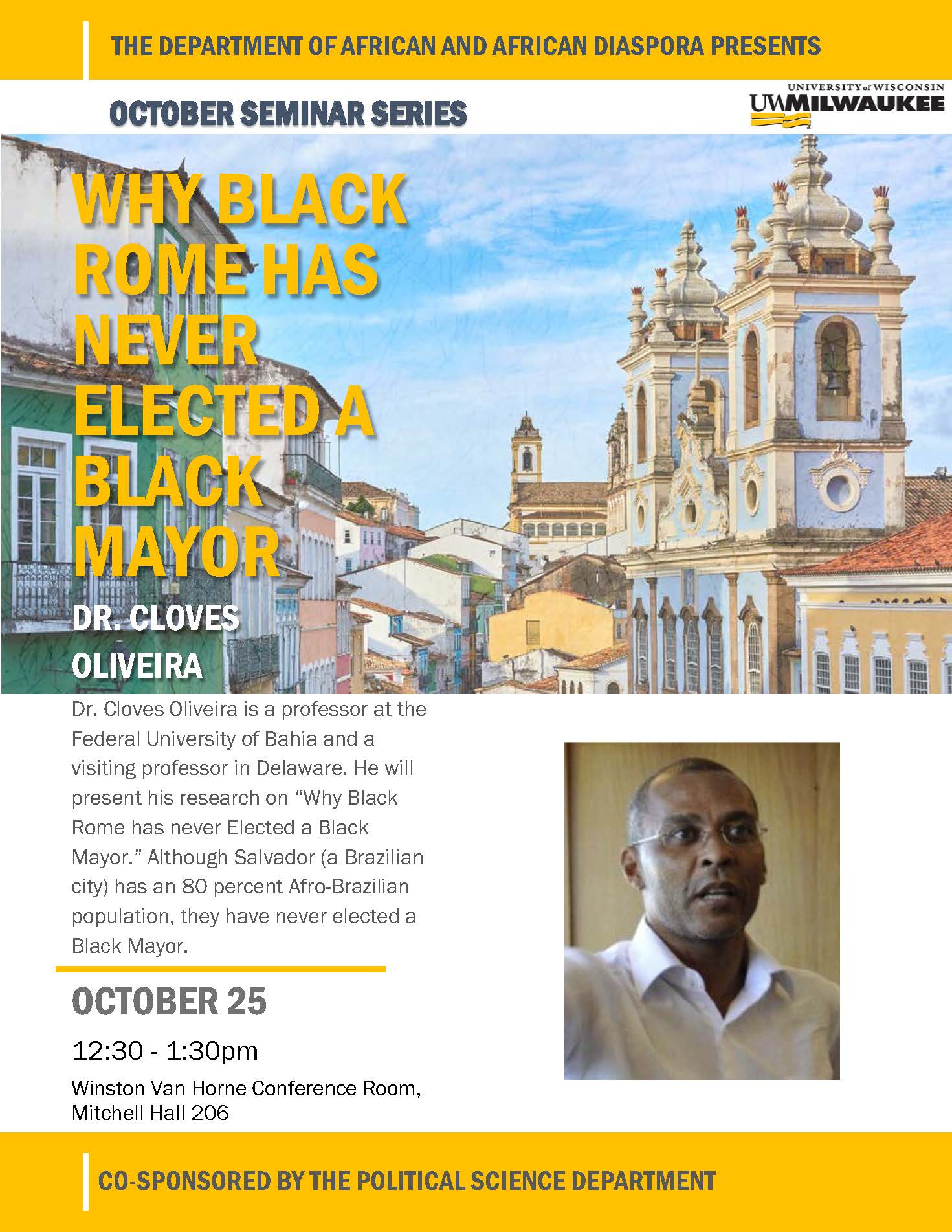 “Since the 1980s, the main enigma that the leaders of the Black movement, political parties bosses and Political analysts and scholars have been tried to unravel is the reason why Black politicians find scarce ground for ethnic vote mobilization in the most express majority Afro-descend population in the country, observe the hegemony of white parliamentarians in the City Council and never succeeds to elect a Afro-Brazilian mayor. This research investigates the 1985 electoral race for mayoral office in which the local voters were able to choose between a Black candidate and his White opponent in a city famous for its large presence of Afro descend population, African and Afro-Brazilian cultural heritage and an expressive activism of Afro-Brazilian grassroots organizations. This municipal electoral race was the first direct election for mayors to the Brazilian capital cities during this country ‘s democratization process.  This research main goal is to analys es the weight of several political, cultural and socioeconomic factors to the result of this ontological bi-racial electoral race, such as: political-ideological cleavages, party preferences, campaign strategies, racial politics and sociodemographic dynamics. Based on bibliography and archive researches, interviews with mayoral candidates and analyze of press electoral coverage during the campaign and official electoral reports, this case study reflecting on the relationship between population’s racial and ethnic profiles, ethnic politics and the determinants of electoral choices to mayoral office in the city of Salvador in 1985.  The finds point out to the influence of the political cleavage, political patronage, adverse electoral political conjuncture and skillful management of racial politics influenced the outcome of this election.”
Keywords: Bahian enigma; ethnic vote; Black representation; campaign strategy; descriptive representation.